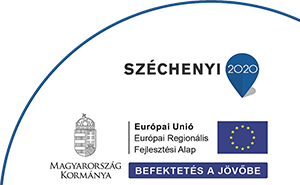 For "meat chasseur", marinade is made first. Sliced carrot and root parsley is cooked in water seasoned with sliced onion and garlic, bay leaf and salt. When soft, some vinegar is also added to it. The mass is let cool, raw meat is added and allowed to stand for a few days.

After two or three days, it is cooked together with the meat which is taken out when tender, the mass is poured over a sieve and pressed through. This pressed material is thickened with a smooth mixture of flour and sour cream, seasoned with mustard and diluted with more sour cream and some water. Toasted sugar mixed with water is also added to the mass. The tender meat removed earlier is cut into pieces, fried slightly in melted grease and then added to the mass.

It is served with zsemlegombóc (bun dumplings).

For the zsemlegombóc, cube the buns and fry them in grease. Make dumpling mass from flour, eggs, water and salt, add the bun cubes fried in grease and mix well. When the water comes to the boil, cut dumplings into it using a spoon and cook for a few minutes. Cut a dumpling in half to check if ready. Take the dumplings out of the hot water and roll them thoroughly in toasted breadcrumbs.